from The Science Of Drifting Apart by Blind Scientist 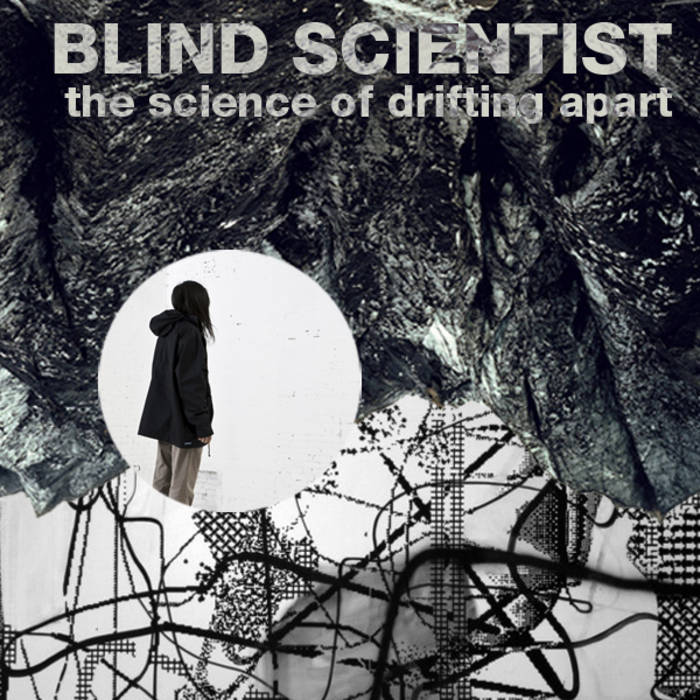 I've forgotten what it means to need sleep,
It's been at least three days, and I've barely made ends meet,
I got a couple bucks in quarters that I found on the ground and,
That's enough to buy a 6 pack of cheap beer and and then proceed to go drown them,
Troubles in a shallow lake, I slipped the noose,
Climbed down from the lynching pole, with nothing left to lose,
Seein' in new views of blue skies, dream girls with green eyes,
That one unmistakable thing that retains the letter I inside “your mind,”
But outside you're mine, intertwined like double helixes,
can't be pulled apart, like a heroin fiend and his needle fixes,
And we don't need to write chapter on top of chapter,
To keep track of the things we've said in all of this meaningless chatter,
I'm after better things, better songs that I can sing,
When life goes on and I can only pick three memories to bring,
Let me think,
And sift through all these feelings indistinct,
Till I come up with a somber song, and then lose it in a blink,
I ink my pen with a mixture of anger and will to write,
And I'm blessed when something comes out right.

Can I get a witness to this testimony, I'm already dead,
I was shot in the head with a large jolt of reality instead,
Of living sheltered in a plain house, plain words overflowing my mouth,
Trying to be like every other person who's out and about,
I spout like a spigot, I bring droughts, can you dig it?
Or dig up your crops, so they won't die in the way of the sun,
This is not the end of the world, it's just the end of my days,
And I'm ashamed to say I've never gotten to enjoy this decay,
It's okay, you made a small mistake, what a blunder
You crossed a line and you'll need to pay the fee to re-enter the country,
We're always told to do right and never wrong,
so when I do, I'm forced to sit down and jot out yet another crappy rap song,
But I'll always speak the truth, despite what you want to hear,
I have no problem being the Cordelia to your half witted King Lear,
And while we're on the subject of everything I could possibly fear,
It's nonexistent because I know that your memory's right here.

This can't be real life, I must be subject of film,
My entire career as a human being simply falling downhill,
I watched the clouds open themselves to bring down rain and thunder,
And I'm left without an umbrella or something to stand under,
And when the rain meets my skin, I close my eyes and think,
If this were a flashflood, would I make it out or would I sink?
I drink for the thought, and maybe sometimes the feeling,
Appealing to my nonexistent common sense, my feelings hence,
The only things I do are irrelevant [irrelevant],
The only thing I should be is irrelevant [irrelevant],
So paint me an outline, when you find me outside the club,
Because the ghost of who I once was relapsed on drugs,
And I could see a better frame of mind to hang up all these portraits,
of poets who gave their lives to spread knowledge to the unfortunate,
So when they find the gun that's under my bed, you'll know I
Pulled the trigger just to know what happens when you're dead.

from The Science Of Drifting Apart, released November 22, 2011
rapped by Blind Scientist
produced by clown
beat by EL-P