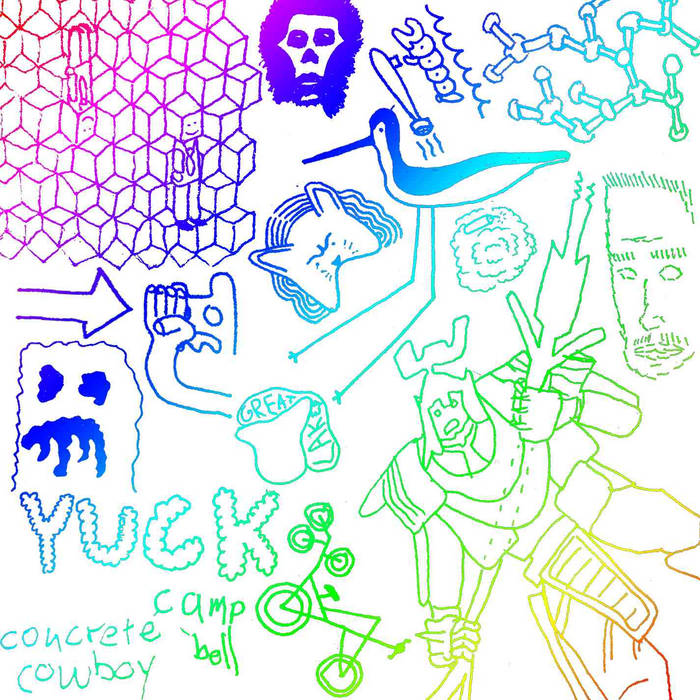 Hi everyone! This double-album is the product of almost a year of hard work and good clean fun. I make my music with guitars, my voice, gameboys, and audio samples of places, friends, and family. The first half is mostly guitar, gameboy, and voice. The second half is mostly guitar and piano with audio samples of places, friends, and family. It is my sincere hope that you enjoy this album and share it with everyone you care about. Or at least some of them. Spread the word, little bird.

Side 2 (High Summer Exploits Throughout The Midwest and the Great Northern Wastes of the Empire State):


Extra special personal thanks in somewhat particular order goes to:
Lauren Fleming, Mama and Papa Payne, Brotha Payne, The Payne Clan, the Campbell Clan, Elizabeth Jones, Nina Leone, Alex Braboy, everyone in Earth House, Sam Scribner, Owen Callahan, and all members and supporters of ¡¡¡THE ZONE!!! Tracks 1 - 2 and 1 - 3 are dedicated to Lauren Fleming. Track 1 - 6 is dedicated to the Bush White House. Tracks 2 - 1 and 2 - 11 are dedicated to Tummy the red eared slider and Taylor Victor the baby chipmunk. Track 2 - 6 is dedicated to Grandma Felicia.

People who made sounds on the album other than me are:
+ Steve Roberts, Jess Lechtenberg, Lauren Cordes, Lauren Fleming, Gibby Forsyth, Elizabeth Jones, Nina Leone, Dan Rohe, Ben Privot, Alex Moskovich, Rebecca Katz, Christa Hendrickson, Jon Ortiz, Adam Boffa, and Alex Braboy on track 1 - 1
+ Owen Callahan on Saxophone on track 1 - 4
+ The Concord Quartet and John Whitney on track 2 - 2
+ Wes Montgomery on track 2 - 8
+ Chirgilchin on track 2 - 10
+ Sam Scribner played and recorded a bunch of drums which never made it onto the album for tracks 1 - 4, 1 - 7, and 1 - 10

At the same time, keep in mind that you have to:
+ Attribute. Make it clear that I wrote and recorded this stuff (and that Jason drew it in the case of the artwork). It's the right thing to do. Links to ¡¡¡THE ZONE!!! homepage at www.thezone.info are also much appreciated.


Be sure to visit:
+ (www.thezone.info) for more .info
+ (icanleadyouthroughthezone.wordpress.com) for blogging delight!

This work is licensed under a Creative Commons BY Attribution 3.0 License